Inviting violence into your life. The decision to really pray. 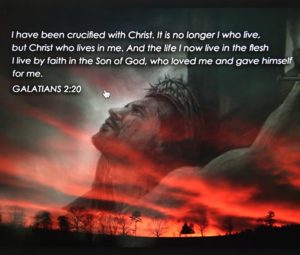 If we make the purposeful choice to follow the Lord in sanctification, we draw a line in the sand with the enemy and the battle begins. You see, the enemy isn’t disturbed about the nominal Christian who seldom prays and doesn’t mature into a disciple. This person is no threat to the world Satan rules. But the disciple who prays and decides to pursue the fullness of the Lord found in sanctification poses a great threat to all the enemy stands for.

I think we take this whole issue of sanctification way too flippantly. Sanctification can be a violent process. The enemy doesn’t like it, and our flesh rails against it. There is nothing pretty about dying to yourself. Through sanctification the Spirit of God is putting His finger on every aspect of our lives that is not in concert with His purposes. Sanctification is taking everything that captures our attention on this earth and putting it through a filter that only allows those things to pass through that interest God.