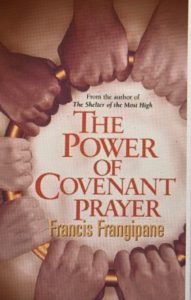 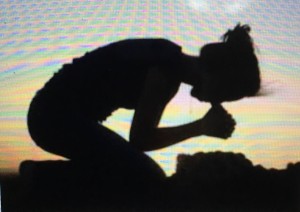 The praying church should not limit the length of her dedication to intercession. God is looking for a life of prayer, not just a season. If the duration of time required to bring change can stop us, it is obvious that the preparatory work in our hearts is not deep enough to draw
divine intervention.

How does all this relate to revival? Spiritual renewal is the divine antidote for our cities and our nation. It is God’s answer to all who cry unceasingly in conventional prayer to Him for help. 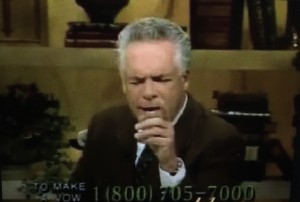 A week on prayer with Francis Frangipane Day 3

Church history began with her leadership devoted to the Word of God and prayer (Acts 2:32, 6:4). Every day the leaders gathered to pray and minister to the Lord (Acts 3:1). In this clarity of vision and simplicity of purpose, the church of Jesus Christ never had greater power or capacity to make true disciples. These men and women revealed the purity of the kingdom of God.

Today, however, our qualifications for church leadership include almost everything but devotion to God’s word and prayer. Leaders are expected to be organizers, counselors, and individuals with winning personalities whose charms alone can draw people.

In Luke 18, Jesus challenges our modern traditions. He asks, “When the Son of Man comes, will He find faith on earth?” His question is a warning to Christians who would limit the power of God at the end of the age. Jesus is calling us to resist the downward pull of our traditions; He is asking us individually, “Will I find faith in you?”

Before we respond, let us note that Jesus associates faith with “day-and-night” prayer.

A Week with Francis Frangipane on Prayer Day Two

What Our Nation Suffers From

Our nation is suffering from a deep social and moral collapse. If we ever needed God’s anointing it is now, but where are God’s elect? Where are the people whom Daniel says “know their God,” those who “will display strength and take action” (Daniel 11:32)?

Is there no one divinely empowered who can fell the Goliaths of our age? Perhaps we need to only look in our bathroom mirror. If you believe in Jesus and are desperate for God, you qualify as one of God elect. Remember, in the widow and adjust judge (Luke 18), the widow typifies Christ’s chosen.

A Week with Francis Frangipane on Prayer Day 1 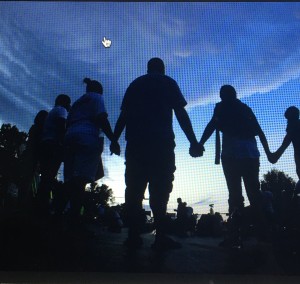 A Week with Francis Frangipane
on Prayer

Becoming a House of Prayer

Approximately two thousand years ago, a decree was issued from the judgment seat of God. It provided “legal” protection for the church against the devil. Indeed, when Jesus died for our sins, the “ruler of this world” was judged (John 16:11). Our debts were nailed to Christ’s cross and canceled; principalities and powers were disarmed. Because of Jesus, we have a legal right not only to be protected from our enemy but to triumph over him(in prayer) (Col. 2:13-15).

The sacrifice of Christ was so complete and the judicial decision
from God against Satan so decisive that divine protection, enough
to cover even the entire church in a city, has been granted.
(See Revelation 3:10.) Christ’s death is the lawful platform upon
which the church rises to do spiritual warfare; His Word is the eternal sword we raise against wickedness. Having said that, we must also acknowledge that the church has only rarely walked in such victory since the first century. Why? The answer is this: To attain the protection of Christ, the church must embrace the intercession of Christ. We must become a house of prayer.

Who is Francis Frangipane?
Francis Frangipane is a Christian evangelical minister and author. He is the founding pastor of River of Life Ministries in Cedar Rapids, Iowa, United States. In 2002, he also launched an international, online school called In Christ’s Image Training (ICIT). This training lays a foundation of truth based on four principal themes: Christlikeness, humility, prayer and unity. ICIT has students in over one hundred fifteen nations and territories and in all 50 U.S states. Additionally, over the past decades, Frangipane has served on a number of other ministry boards. In his more simplified life now, Frangipane is devoting himself to prayer and the ministry of God’s word.
Francis Frangipane has an active partnership with the Mission America Coalition, consisting of leaders from 81 denominations and over 400 ministries and networks. He is also a welcomed teacher in various Charismatic and Evangelical church settings, in both the black and white communities. He is a prolific author and writer. His books, The Place of Immunity, The Divine Antidote, and The Power of Covenant Prayer, are classics in spiritual writings.

The Place of Immunity

The Place of Immunity

Considering the size of God’s promises, it is actually a misfortune that most of us have no more time than a few minutes of devotions each day and a church service or two a week. The secret place in prayer and communion with our God is not a place to come and visit now and then, but a dwelling. For those who dwell with God, His presence is not merely our refuge, it is a permanent address.

This place of communion of heart between Christ and His bride is the place of immunity. It is God’s shelter from the distress and distractions of life. Here, He tells us what to pray; and here our prayers are answered.