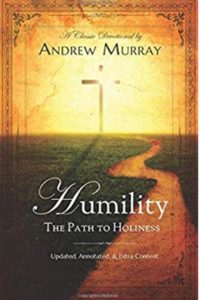 Who was Andrew Murray?
Murray pastored churches in Bloemfontein, Worcester, Cape Town and Wellington, all in South Africa. He was a champion of the South African Revival of 1860. He authored 240 Books! He is the author of one of the two most seminal works on prayer that have ever been penned, his being the most popular: With Christ in the School of Prayer, A. Murray and E.M Bounds on Prayer, E.M. Bounds.
In 1889, he was one of the founders of the South African General Mission (SAGM), because its ministry had spread into other African countries, the mission’s name was changed to Africa Evangelical Fellowship (AEF) in 1965. AEF joined with Serving In Mission (SIM) in 1998 and continues to this day. Through his writings and his theology of faith healing and belief in the continuation of the apostolic gifts he became the significant forerunner of the Pentecostal movement.
Sixty years of ministry in the Dutch Reformed Church of South Africa, more than 240 books and tracts on Christian spirituality and ministry, extensive social work, and the founding of educational institutions—all these were outward signs of the inward grace that Murray experienced by continually casting himself on Christ.
“May not a single moment of my life be spent outside the light, love, and joy of God’s presence,” was his prayer. “And not a moment without the entire surrender of myself as a vessel for him to fill full of his Spirit and his love.” Through his preaching and writing, Murray slowly became an international figure